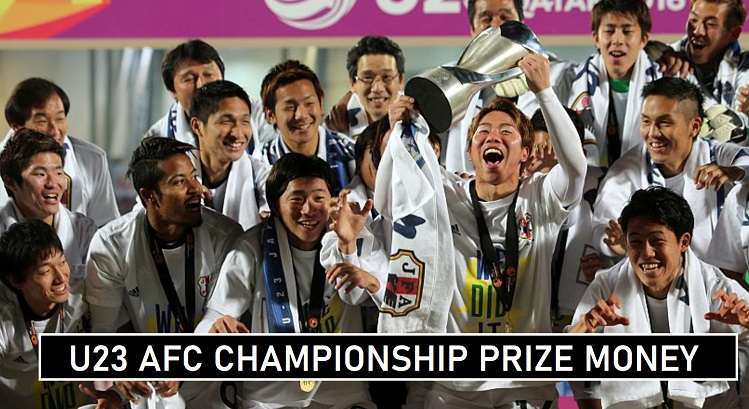 How much prize money paid to the winning team and runner-ups. No official announcement yet made for the U23 championship prize money. But some countries paid cash prizes to their team players on base of their position.

Malaysia last year announced (RM6,000) for each player in USD ($1,400) paid to each player of the squad. Vietnam who lost the final against Uzbekistan also get cash prizes. After finishing as runner-ups each player $1 million prize money announced for the team.

The popularity of the international tournament increased after more teams included. Many tv channels got the official broadcasting rights for the upcoming 2020 tournament. U23 AFC Championship coverage improved from the previous tournament.

No official announcement made for the prize fund adjustment for U23 tournament. If any prize money AFC kept it secret. All the information about the cash bonus and players pool money taken from trusted sources.