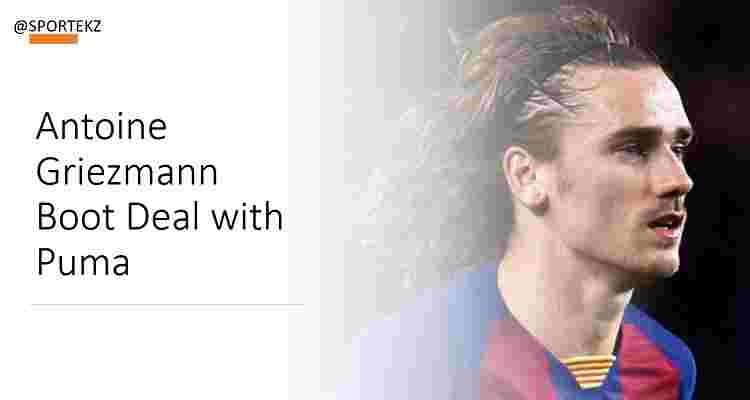 According to reports, Griezmann signed 10 year long-term deal with Puma. The deal worth of (£35 million). He will received £3.5 million each season from this deal. He signed the deal while he is playing for (Atletico Madrid). Griezmann earnings yearly based increased to £22.5 including endorsement bonus. Puma introduce his own custom made football boots “PUMA Future 18.1, Grizi” in December 2017.

In 2019, he leave Atletico Madrid and Joined Barcelona football club, there will be no effect on his boot deal after leaving the club. He become global star football player after winning Fifa World Cup with France team. He signed long-term deal with FC Barcelona and earn £16.6 million base salary.

The above details regarding to Antoine Griezmann boot deal with Puma collected from trusted sources, if he extend the deal or signed with another boot brand details updated here later.