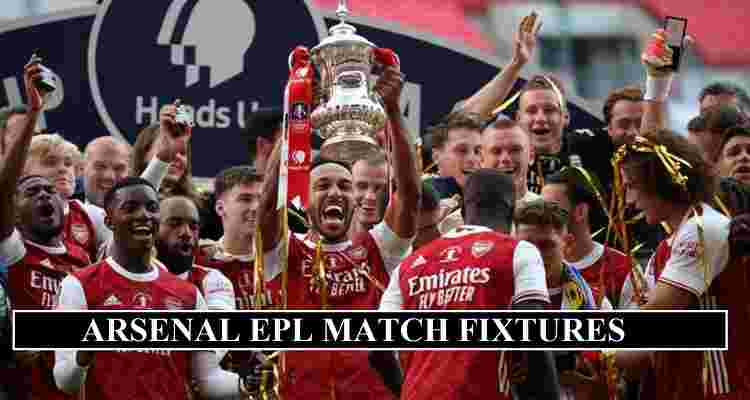 English Premier League season 2020-21 confirmed and it will began from 12th September with in a short period of time teams have to prepare themselves for the new season. Arsenal who recently crowned the FA Cup champions after defeating Chelsea in the final last weekend looking for better results in 2020-21 season. Arsenal fixtures 2020-21 confirmed and some of their matches details revealed.

Liverpool the winners of English Premier League season 2019-20 will play against Arsenal on 29th August for FA Community Shield. After the community shield match, players will be on International duties play UEFA Nation’s League matches from (3rd September – 8th September). Currently no details revealed about Arsenal pre-season fixtures 2020-21 but if any friendly announced the details updated here later.

Premier league fixtures announced three weeks before, a source claimed that next FA Cup final take place in May 2021 alongside Champions league final (29 May 2021). The dates were changed due to corona-virus pandemic. The leagues will be completed before the Euro 2020 and Copa America 2021 began.