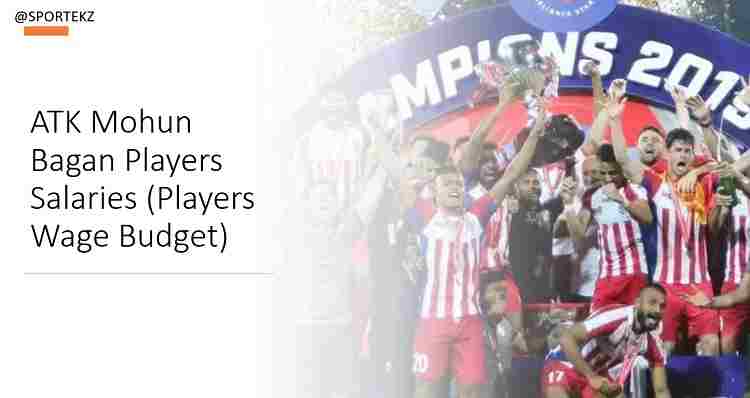 ATK Mohun Bagan a well known club as of “Mohun Bagan” based in Kolkata, In India. The club share rivalry with the team of (East Bengal). The club recently made some changes to squad and signed new players. Roy Krishna Fiji player recently joined the squad of Mohun Bagan, Prabir Das signed new deal with club in July 2020. The club signed (Arindam Bhattacharya) last month on 11th October. ATK Mohun Bagan players salaries increased to $3.4 million on base of new contracts offered to local and international players.

There is 106% increase in the salaries of the players in Indian super league. After changes in salary cap more foreign players looking to join the Indian club in future. Robbie Keane, Mikku, Dimitar Berbatov played for the Indian clubs on record salaries. Current squad payouts details based on the contracts offered to players in 2017, 2018 and 2019.

The youth players who will make to the team reserve squad will earn maximum $15,000 and minumum $7,500 in a season. The most expensive contract holders for ATK Mohun Bagan are Tiri, John Johnson, Manvir Singh and Pritam Kotal.

The complete details of ATK Mohun Bagan players salaries based on their current on going contract and new draft. This year it will be difficult for the clubs to pay such high amount of payments to players as matches held behind close doors. First team players will received fixed amount of share from ISL 2020 prize money.