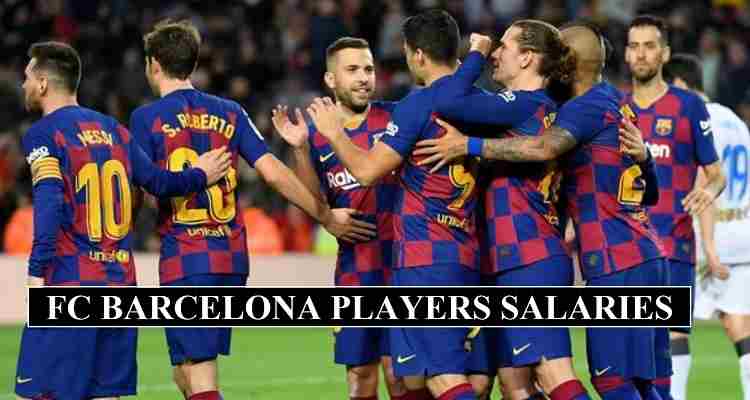 Currently most paying football club in the world is Barcelona. They have set new records of wage bill which brings them in lead from the arch-rival. A news sports revealed that, Barcelona wage budget increase to £565 million which is £60 million more compare to Real Madrid. Lionel Messi become best paid player in the team with £1.22 million weekly. Barcelona players salaries reported in year 2020 in January just before the El Clasico match.

Antoine Griezmann who recently joined the Barcelona team after 2019 transfer window earning (£395,000) weekly. Some football sources, claimed that he make almost (£400,000) after including bonus for winning, scoring goals. The summer transfer window of 2020, open soon, many changes take place if any new player joined the club his contract details updated here later.

All information based on Barcelona players salaries gathered from trusted sources. The details updated after each new signing of club and if club give extension to current players.