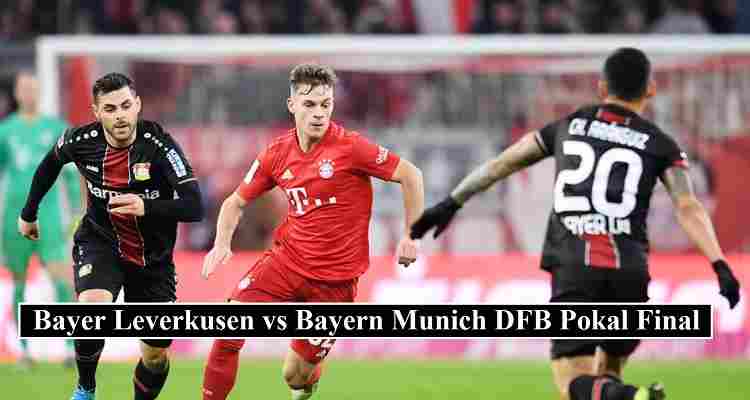 ESPN hold the official coverage rights of DFB pokal matches in United States and Central America. BT Sport show the coverage of DFB pokal 2019-20 final in United Kingdom. The match between both arch rivals already made headline in Germany. In November 2019, Bayer Leverkusen defeat Munich in their first meeting of Bundesliga. Later Munich had their revenge defeat them with 4-2 goals difference in second fixture of league.

Bayern Munich recently confirmed the signing of Leory Sane from Manchester City. He will be the key player that will be in starting line-up on Sunday against Bayer Leverkusen. Lewandowski, Gnabry and Müller regular goal scorer for Munich, they were previously involved in the win against Leverkusen.

Bayer Leverkusen made possible changes to their squad, they already facing problems in the midfield. This is their last game of the season, after finishing 5th in the points table. It’s the third major clash between the arch rivals during the season 2019-20 in German Bundesliga and Cup.

In the above table broadcasters Leverkusen Bayern Munich stream channels gathered from top sources of Bundesliga and DFB Pokal. If any changes made to the location of match or broadcasting rights the details updated here later.