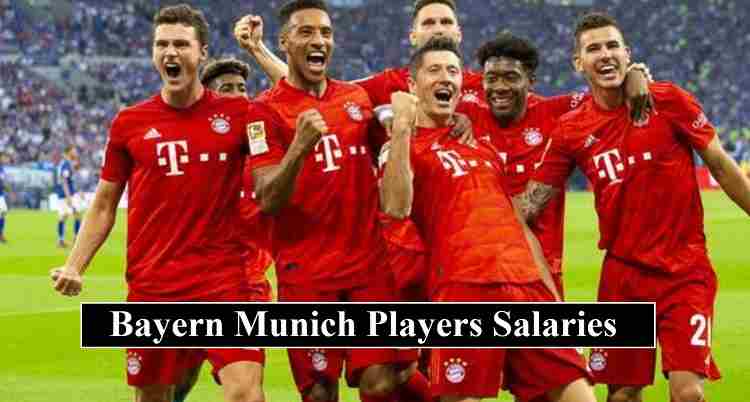 Bayern Munich one of the richest football clubs in German Bundesliga. Recently, wage budget of the club increased to €314 million. Philippe Coutinho who’s contract ending in year, 2020 most expensive player in the team. He holds contract with €24.5 million a year. Lewandowski also agreed to stay with Munich till 2023 and signed new contract in start of 2019-20 season. Bayern Munich players salaries bring the club among highest wage paying teams in Europe.

In the above table you can see the Bayern Munich players salaries. After winning champions league in 2019-20, many players earned new contract at club. The club made Alphonso Davies, one of the most expensive U20 player in Bundesliga after two years contract extension until 2025. He will earn (€110,000) weekly wage before tax according to football news sources.

Thomas Müller, David Alaba, Joshua Kimmich and Robert Lewandowski recently extended their contract and their annual salary increased with their new contract agreement with club. If there any new players joining the club in future the list of players salaries updated later.

The information in the above table you can see about the Bayern Munich player salaries collected from trusted sources. If any new player signed the deal with Bayern Munich in future details updated here later. The club sold their key midfielder (Thiago Alcantara) on new record transfer fees (€27 million) to Liverpool in 2020-21.