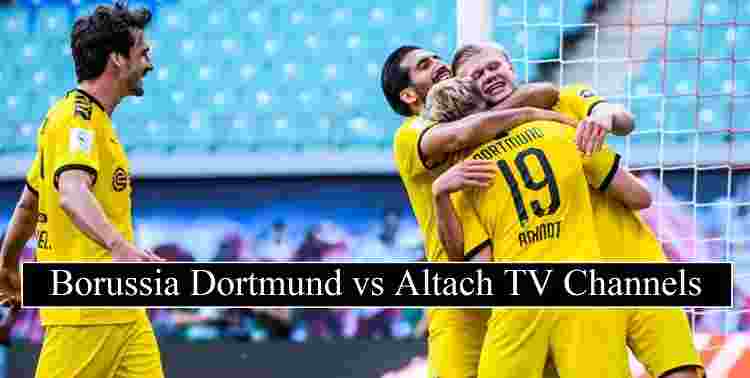 German Bundesliga fixtures announced for season 2020-21 but before the season began clubs play friendly matches. Borussia Dortmund recently released their Austria tour schedule where they will play two friendly against (Altach and Austria Wien). Borussia Dortmund Altach stream channel for the club friendly match confirmed. ZDF and DAZN provide the coverage of the match in Austria and Germany.

Jadon Sancho currently linked with transfer rumors, according to reports Manchester United interested to sign the player during the transfer window 2020-21. He left with the other team players to Austria for their pre-season friendly match against (FC Altach). Lucien Favre put his best team in the pre-season campaign. Erling Haaland, Marc Reus, and Axel Witsel key players to watch in the pre-season match.

It’s a great competition game for the Austrian football league club (FC Altach). It’s a great chance for Altach to make their statistics better before the season. They only won a single match from last five fixtures. Alain Wiss, Frantz Pangop and Ogulcan Bekar key players to watch against Dortmund.

In the above table you can see the channels that hold rights for Bundesliga team matches coverage worldwide. If you still can not find the match coverage in your area, you can get the friendly match coverage at club official tv (BVB-TV).