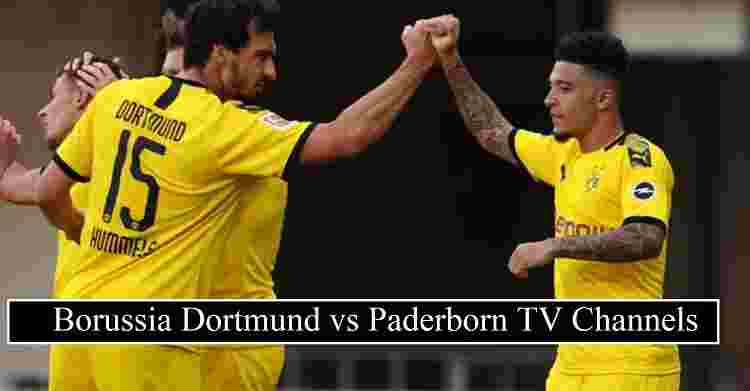 The squad of Borussia Dortmund split in two groups one play match against Paderborn and the other squad play against Bochum on Friday 28th August 2020. It’s confirmed that both matches will be broadcast on clubs official (YouTube) channel. Lucien Favre will be hoping for winning results against both clubs. No details released about players line-ups for Friday club friendly match but will confirmed 30 minutes before the first game began.

Paderborn 07, last season got relegated from the Bundesliga, the club only managed to win 4 games in the season while suffer defeat in 22 matches. They finished at the last spot of the league, Johannes Dörfler, Christopher Antwi-Adjei and Antony Evans players to watch against Dortmund. The above details Borussia Dortmund Paderborn stream tv coverage based on Bundesliga TV rights 2020. Bayern Munich, Borussia Dortmund season began soon with DFB Pokal first round matches.