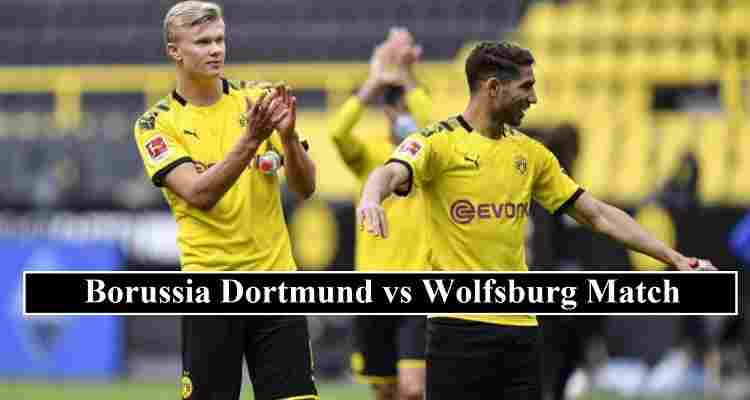 Wolfsburg improved their defensive strategy, they only conceded three goals in last three fixtures. In previous game, Wolfsburg earn victory over opponents by 2-1 which brighten their chances for the UEFA Europa League next season. The problem, Wolfsburg might face is upcoming schedule, where they to play against Leverkusen, Werder Bremen, Bayern Munich and Schalke 04. Wout Weghorst and Renato Steffen key players for Wolfsburg, both of them were regular scorers.

Erling Haaland recently transfer to Dortmund and played 9 matches set the new record for club after scoring 10 goals. He joined the leading goal scorer list alongside Marco Reus who scored 11 goals in 19 matches. It’s a must win game for Dortmund to stay in the race of League title, there is 4 points difference. The next fixture of Dortmund is with league leaders (Bayern Munich).

The information regarding to the Borussia Dortmund Wolfsburg stream channels who hold the coverage rights in UK, Germany, USA, Italy, Austria and other countries gathered from trusted sources. ZDF the only channel that might telecast the match free in Austria and Germany. Fox Sports contract with Bundesliga coverage rights ending after this season 2019-20.