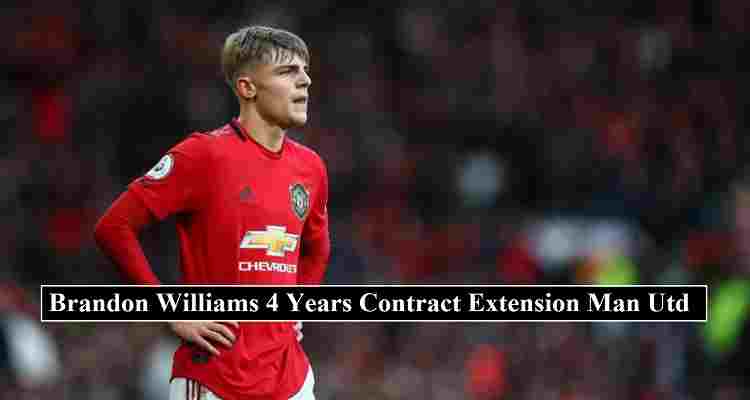 Brandon Williams signed new contract deal with Manchester United, reports confirmed that the deal extended until 2024. His previous contract with club rise from (£4,000 to £40,000) a week. Base salary based on his previous deal with club upto (£1.95 million). Brandon Williams Contract Extension 2020 increase his weekly wage upto £65,000 that makes him highest paid player in the club under 20.

He signed four years deal with option of extension for another year. His current contract with Manchester United wort of (£12.4 million). He may received goal scoring, league bonus, and champions league match bonus but currently nothing reported about his current bonus earnings at club like Odion Ighalo getting paid from United loan contract deal. He received £8,000 in every game he scored, £9,000 in each match he is invloved and £3,000 for each drawn game of Man Utd.

Brandon Williams made his pro debut for Manchester United, last September 2019, in an EFL cup game. After premier league resume, Williams replaced Luke Shaw who got injured and made seven match appearances for the club.

Manchester United this week going to play against LASK in the Europa league, Brnadon Williams made to the starting line-up of the squad on Thursday night. The above information based on Brandon Williams Contract Extension and salary figures collected from top sources. The bonus details updated here later.