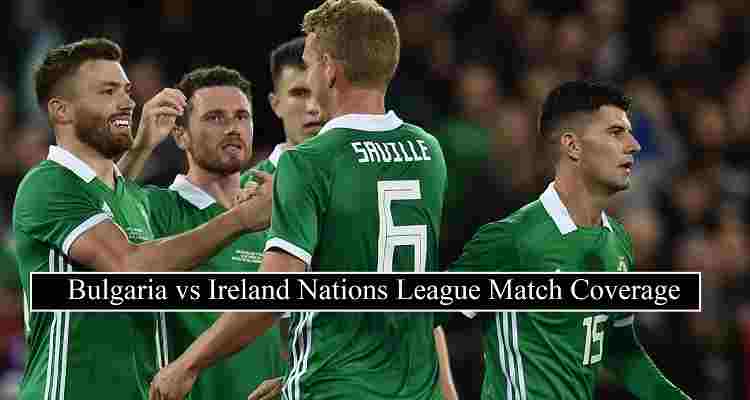 UEFA Nations League 2020-21 re-schedule some group league matches played in the month of September 2020. Bulgaria will play their opening match against Ireland in the Nations League. The match played behind the close door at (Stadion Vasil Levski) in Sofia, Bulgaria. Last meeting between these two teams held in 2019, Ireland dominate the match with 3-1 victory over Bulgaria. Bulgaria Ireland stream channels for the nations league group B confirmed.

Georgi Dermendzhiev, will put his best side against Ireland. Georgi Kostadinov, Spas Delev, Petar Zanev and Bozhidar Kraev key players in the nations league squad of Bulgaria. The team lead by (Petar Zanev) in the 2020-21 competition. Under the management of Dermendzhiev, the hold 33% winning record with 1 win and 2 lost since joining team as head-coach in 2019.

Stephen Kenny, make possible changes to his side before the match day, Shane Long is leading goal scorer for Ireland in the International competition, he hold record 17 goals in 82 matches. The other players called for the squad of Ireland in nations league are (Callum Robinson, Adam Idah, James McClean and Jeff Hendrick).

The detail information for Bulgaria Ireland stream tv coverage based on official rights hold by channel for UEFA 2020-21 competition. The match of Ireland in nations league broadcast on (RTÉ, Virgin Media, Sky Sports) and BNT show coverage in Bulgaria. Spain will take on team Germany and Ukraine will play their first nations league against Switzerland.