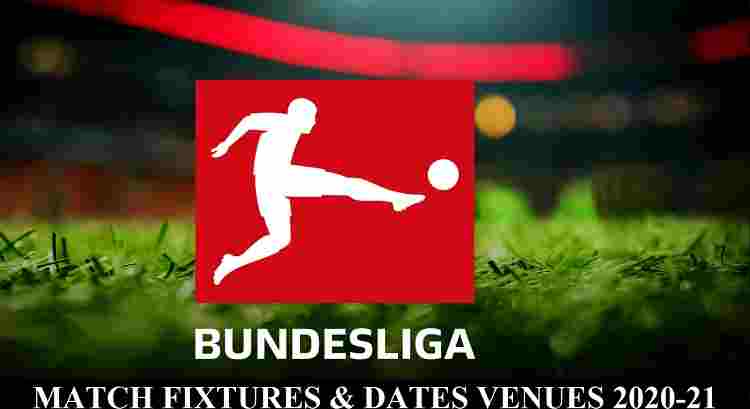 The fixtures of the league released three weeks before the league. Fortuna Düsseldorf and SC Paderborn relegate in 2019-20 season. While Bremen still have chance to qualify for the 2020-21 season. Arminia Bielefeld and VFB Stuttgart qualify for the upcoming season. Third team who will make qualify based on result of match between (Heidenheim vs Bremen).

Once the season Bundesliga fixtures 2020-21 announced, the details will be updated here of each team fixtures including Bayern Munich, Borussia Dortmund, RB Lepizig, Wolfsburg, Schalke 04 and others. Current details based on opening day fixtures and final day fixtures collected from trusted sources. If any changes made to the dates updated here later.

Before the season began, clubs will take part in the pre-season Friendly. Bayern Munich announced few of their pre-season games. They will play with Olympique de Marseille before champions league 2nd leg match against (Chelsea).