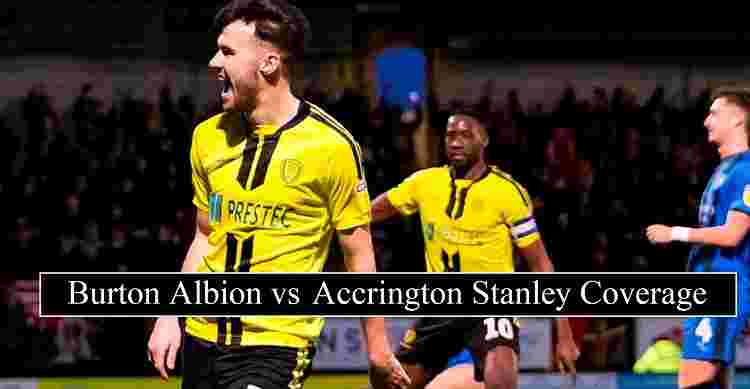 This nations league 2020-21 take place most of the players leave for the International duties to join their national sides for the competition and some of the players may miss their EFL Cup 2020-21 match due to international match fixtures. Burton Albion, will play their 1st round match against Accrington Stanley on Friday 4th September 2020. Burton Albion Accrington stream channels confirmed for the first round of EFL Cup 2020.

In their last two meetings, in the league one 2019-20, Accrington Stanley won the home game against Burton while second match ended with as draw. The winner of the EFL cup first round will move to the second round, Jake Buxton hopeful for better results this season, his team finished at 12th place in the League one 2019-20 season.

Accrington Stanley, last season some how secure themselves from the relegation zone. They finished at 17th place with 10 wins and 15 lost in 35 fixtures. Joe Pritchard, Joe Maguire, Ross Sykes, Tom Allen will be part of the possible starting line-up, for the match against Burton Albion.