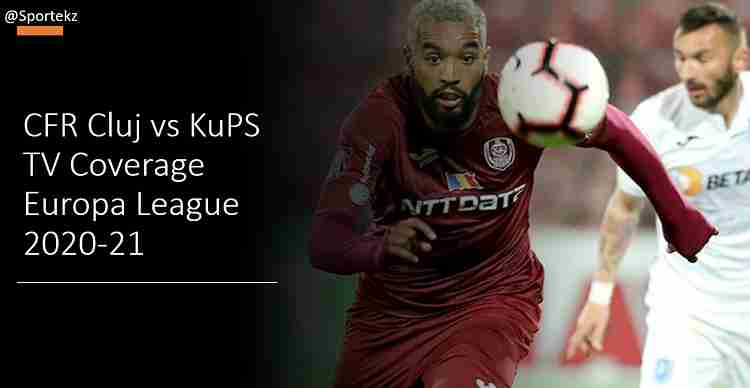 The knockout round fixtures announced for the Europa league, this week the team of CFR Cluj will face KuPS in the qualifiers match, the winner will go to the next round of the tournament and earn his place in Europa league 2020-21 tournaments. CFR Cluj KuPS stream channels for this week match announced.

Dan Petrescu, hopeful to lead his side in the europa league next round. The club signed players on loan deal to strengthen their squad. Kévin Boli from Guizhou Hengfeng signed a year loan deal with club. Michaël Pereira, Ciprian Deac, Denis Ciobotariu, Gabriel Debeljuh and Paulo Vinícius key players in the starting line-up of CFR Cluj on Thursday night football.

Kuopion Palloseura currently hold second position in the Veikkausliiga, Finland. The club achieved great success in Europa league secure reached the playoffs round after winning the match from (Suduva) and Slovan Bratislava in the first and second round of the qualifers. Ats Purje, Aniekpeno Udo, Bruno Rodrigues and Oskari Sallinen key players in the squad of KuPS.

In the above table the information regarding to CFR Cluj vs KuPS stream tv broadcasters based on the UEFA Europa league 2020-21 official rights hold by channels.