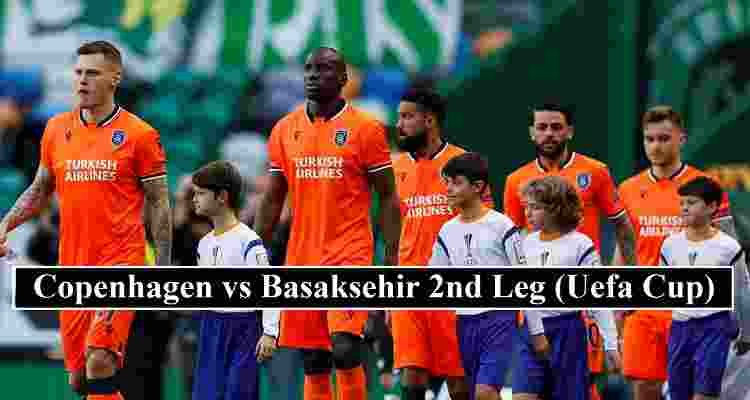 Europa League, resume after months of break due to covid-19 increase cases, the opening match of league held between the Danish club (Copenhagen) and Turkish club (Istanbul Basaksehir). Istanbul Basaksehir hold 1-0 lead in the first leg against Copenhagen. Copenhagen Basaksehir stream channels for the match confirmed, Digiturk broadcast the game in Turkey and Discovery Networks hold coverage rights in Denmark.

The match played behind the close doors, to follow all the steps needed to avoid cases regarding to covid-19 on Wednesday. Pieros Soteriou, Mohammed Daramy and Jens Stage key players to watch for Copenhagen in the 2nd leg match. Soteriou is club leading goal scorer with 9 goals in all competition.

Istanbul Basaksehir finished ahead of AS Roma in the UEFA Europa league group matches with 3 wins and 10 points. Basaksehir become the Turkish super lig champions in 2019-20 with 4 points lead over Trabzonspor and Beşiktaş. Demba Ba, Mahmut Tekdemir, Edin Višća and İrfan Can Kahveci players who scored most goals for the club in the all competition. Edin Višća and Demba Ba two players that can change the score line on Wednesday. Both scored 26 goals together in the Turkish Superlig season 2019-20.

All information related to Copenhagen vs Basaksehir stream channels gathered from trusted sources. Currently no channel hold free coverage rights of the match. In some countries such Thailand, Europa League broadcast on (Goal). The club who knockout from round of 16 received Europa league prize money (€1.1 million).