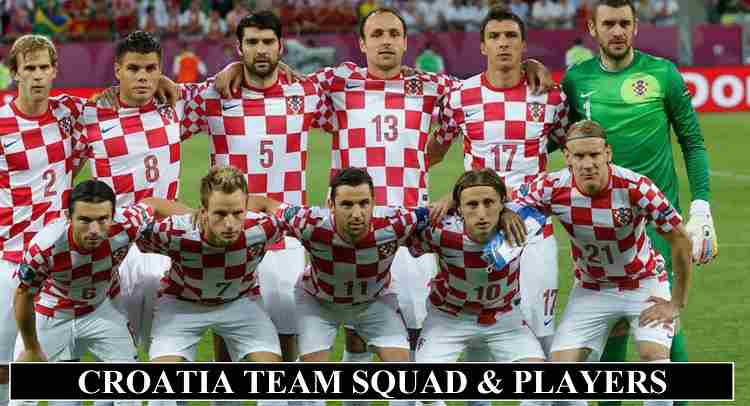 Croatia most improved football team in Europe. They reached the final of world cup 2018. In Euro 2020 qualifiers group (E) finished first on the points table. Crotia earned (17 points) which include 5 wins, 2 draws out of 8 matches. The only faced 1 defeat in qualifiers from (Hungary). Croatia team squad for Euro 2020 announced in the 3rd week of May claimed by sources.

Almost 53 goals scored by all teams in Euro 2020 qualifiers group (E) teams. Bruno Petković becomes the highest goal scorer in the group with four goals. Luka Modric, Nikola Vlašić and Ivan Perišić played their key role in the qualification of Croatia in Euro 2020.

In the above table you can see the possible team lineup and 23 men squad for Croatia. The official date for Croatia euro 2020 squad according to reports set for 31st May 2020. Luka Modric is top contender for the captains position in the Euro 2020 for Croatia. Once the official team players list confirmed information in table updated here.

Croatia drawn in group (D) alongside England and Czech Republic. One more team join Croatia in group (D) after qualification. There are two warm-up schedules confirmed for the Croatia 4 days before the official tournament. Croatia play against (France) on 8th June in a warm-up game.