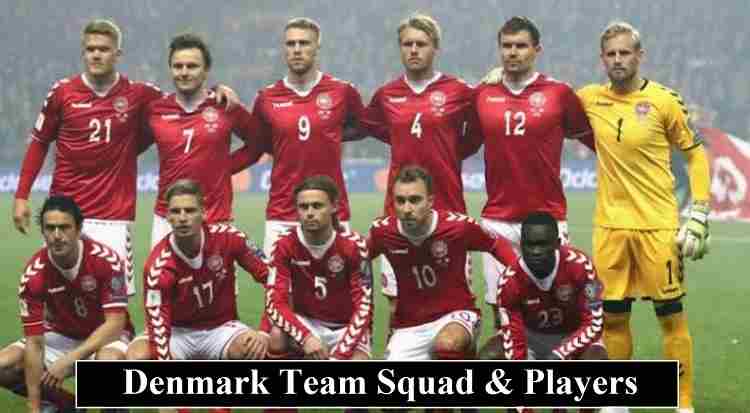 Denmark qualified for Euro 2020, they have played successful campaign during qualifiers. Åge Hareide head coach of Denmark made many changes to the midfield and attacking position during qualifiers which work for his side. The team finished second in the qualifiers group with just 1 point difference with Switzerland. Denmark team squad for Euro 2020 announced 3rd week of May 2020.

In the above table you can see the Denmark possible team lineup and 23 men squad for Euro 2020. The official squad released date set for 31st May 2020. All teams have to announced team squads 10 days before the opening ceremony and 1st match. Once the squad details released for the team, players information updated here later.

Denmark drawn in group (B) of Euro 2020, where they play against the team of Finland, Belgium and Russia. Before this on 31st March, warm-up match schedule for Denmark against England. The match telecast live on BBC Sports and DAZN channel.