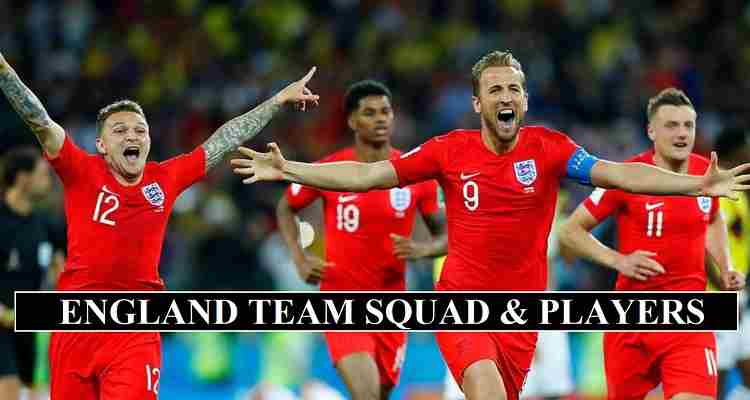 England considered number one contender for Euro 2020. Gareth Southgate changed the strategy of England starting XI after world cup 2018. In Euro 2020 qualifiers, England finished on the top of points table with 21 points. Total 72 goals scored in the Euro 2020 qualifiers group (A). Harry Kane lead the top goal scorers list with 12 goals. England team squad for euro 2020 announced in the mid of May.

Some players might miss the Euro 2020 journey due to injuries. Marcus Rashford injury currently big challenge for the England head coach. Rashford suffered double stress fracture in the back and it will take six weeks for striker to make comeback. There is no information provided about his place in the Euro 2020 squad of England.

In the above table you can see the possible players list for the England team in Euro 2020. No confirmed date given for the release of England squad, but some football sources claimed that on 27th May England 23 men team finalized for the tournament.

Once the official England team for euro 2020 announced the details will be updated here later. Before England, start their journey of Euro 2020, they will play two warm-up matches against (Austria) and Romania.