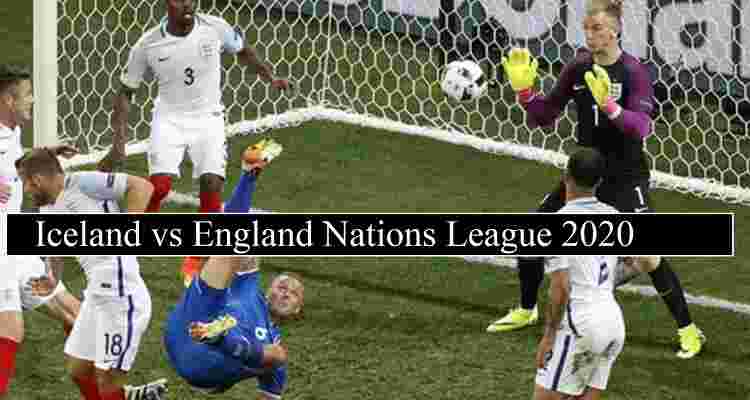 UEFA Nations League 2020 first phase of the matches continue, England will play their very first match Group A against Iceland. The match played behind the close doors at Laugardalsvöllur stadiun in (Iceland). England Iceland stream channels announced for the nations league match on 5th September 2020.

Gareth Southgate, called-up many players for the England nations league squad. Phil Foden will made his international career debut against Iceland on Saturday. Harry Kane will lead his side in the nations league, Jadon Sancho, Mason Mount, Kyle Walker, Trent Alexander-Arnold key players in the starting line-up of England on Saturday.

Iceland already made to the Euro 2020 qualifiers playoff’s where they will play their match against Romania. But before that they have nations league two fixtures in September (England) and Belgium. Erik Hamrén make possible changes to his side before the England fixture. Kolbeinn Sigþórsson, Birkir Bjarnason and Kári Árnason joined the squad.