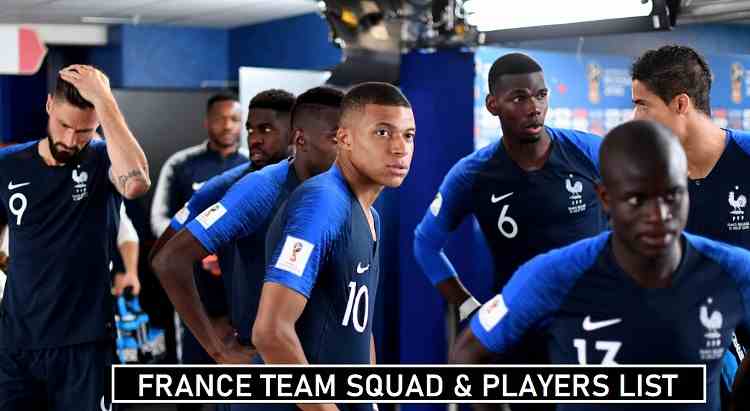 France who finished runner-ups of the Euro 2016 hopeful to win the title in 2020. France qualified for the Euro 2020 after winning qualifiers group games. They have drawn in the Group (F) of the Euro 2020 along side Portugal, Germany. France team squad currently ranked among the strongest in the world.

Mostly players are under 26 and playing for big football clubs. The announcement of France team squad for Euro 2020 might happen in May 2020. Paul Pogba, Kylian Mbappe, and Antoine Griezmann key players who can change the score line of the match at any moment.

Didier Deschamps currently leading the France team as head coach. He won world cup 2018 with the France squad based on young footballers and in 2016 lost the final from Portugal in Euro. Deschamps still making changes during the Euro qualifiers to stable the defense and midfield of France team.

The deadline give to all Euro 2020 teams to release the official squad just 10 days before the opening match. France official 23 members team player list confirmed in the month of May or April. All details of France players and recent called-up for International duties taken from trusted sources of football.