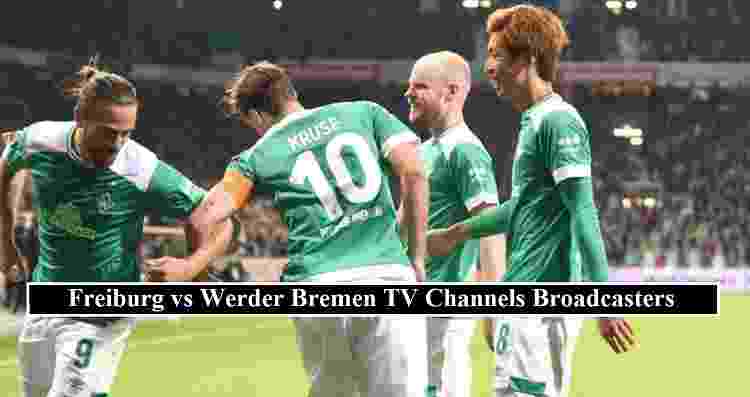 Freiburg closing their points gap with the team of Wolfsburg. This win on Saturday bring them to the top six teams of Bundesliga and they have chance to qualify for Europa league. This only happens if Borussia Dortmund on Saturday 23rd May, defeat Wolfsburg. Werder Bremen in trouble after back to back defeats, this is their only chance to recover their position and fight to get out of relegation zone. Star Sports Freiburg Werder Bremen stream channel in India and Indian Sub-continent.

Florian Kohfeldt team last year qualified for the Europa league with 55 points equal to Monchengladbach. But with the start of new season of Bundesliga in 2019-20, Bremen suffered early defeats. Which put massive pressure on the club and performance of the team poor compare to last season. They club is standing on last position on points table and the big problem is upcoming fixture. All they have to do win as much as they can in upcoming Bundesliga fixture or else they will be relegated.

Freiburg performance improved compare to their last two season. They get fresh start after Bundesliga fixtures confirmed during corona-virus pandemic. Freiburg currently at 7th place just 2 points behind 6th place team Wolfsburg. They still qualified for Europa league if they finished at 7th place in the league, but for that they have to play Europa League second qualifying round.

Nils Petersen, Luca Waldschmidt and Lucas Höle key-players to watch for Freiburg. Petersen scored 8 goals for the team in last 26 match appearance which made him Freiburg highest goal scorer for the season. Davy Klaassen, Joshua Sargent, and Milot Rashica scored most goals this season for Werder Bremen. Rashica will be the player to watch for Bremen, he scored 7 goals for club in 21 matches.