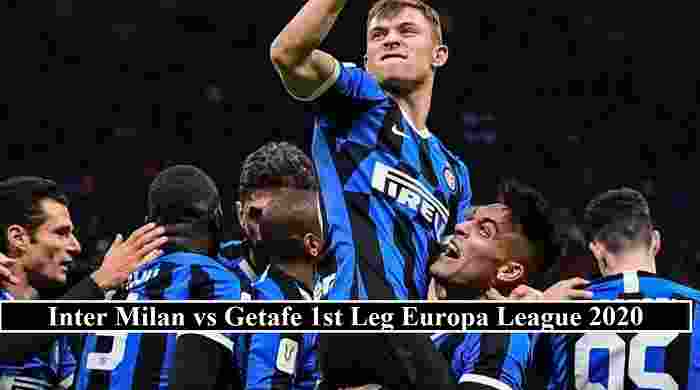 The Europa League season 2019-20 resume from the 1st week of August 2020. Re-schedule games for round of 16 take place with in a week. Inter Milan and Getafe match date and venue announced. This is their first meeting in Europa league, the first leg cancelled due to corona-virus pandemic announced. Inter Milan Getafe stream channels for the 1st Leg announced, Sky Sport broadcast the match in Italy and Movistar+ hold rights in Spain.

Getafe could not make to the next year Europa League 2020-21 season. After LA Liga resume in June 2020, back to back major defeats and drawn matches cause major problem for José Bordalás side. They finished at 8th spot in the league with (54 points) just 2 points less from Granada who qualified for Europa league second round qualification next season. Jaime Mata is the only player who went into double figures of goal scoring with 11 goals in the league.

It’s a quite up and down season for the Spanish club (Getafe C.F). The club show some great performance in defense during the season but attacking become their weakness. If they win the Milan game and move to the next round they will play either Scottish premiership team Rangers , Bayer Leverkusen, Manchester United or LASK in quarter finals. All information regarding to Inter Milan Getafe stream coverage gathered from trusted sources, if any changes made to broadcasters, details updated here later.