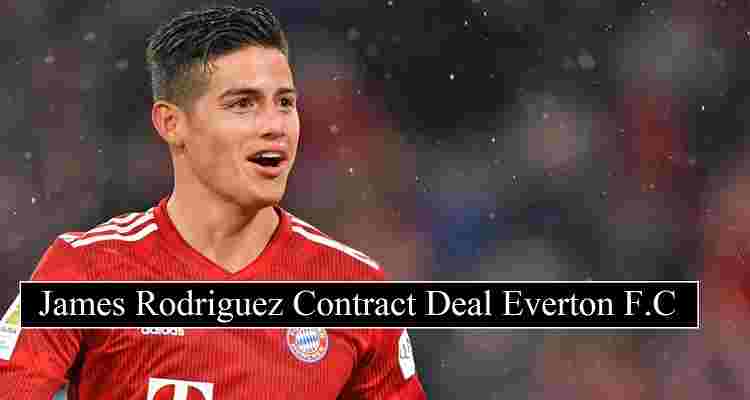 Football sources, reported that he hold one year optional in his contract which makes his deal with Everton upto three year from 2020-23. He will make his debut against (Tottenham) on 13th September 2020. Rodriguez among best paid player in Real Madrid. His contract with Madrid worth (£60 million) since 2014-2020. He received (£200k weekly wage) at the club before moving to Everton.

He will accept the pay-cut and will start the training with Everton players soon. According to reports his weekly wage reported upto (£150,000) weekly but it will decrease to £90k weekly after wage-cut. His current contract deal with Everton for two years worth of (£12.75 million) including bonus and with no wage-cut.

The details based James Rodriguez contract deal with Everton based on first team squad salaries at the club. He will accept the same percentage of wage-cut as much as other first team players offered before new season.