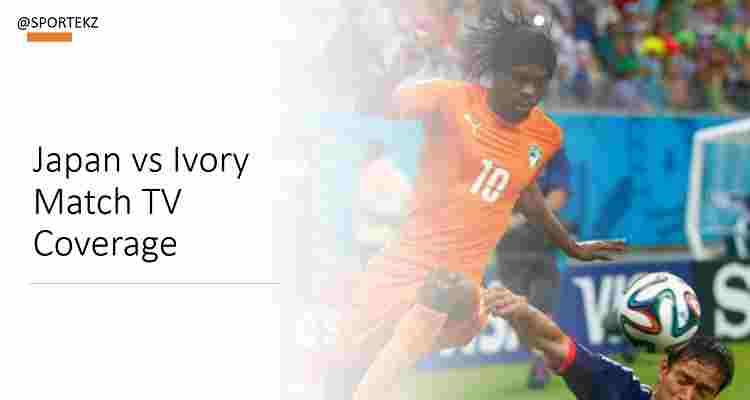 There will be couple of big International friendlies during the 11th October until 15th October before the football leagues restarted again. This week Japan will host the Ivory Coast for the international friendly match. The neutral venue for the match decided, Stadion Galgenwaard in Netherlands. But Japan will play the match as host side on the neutral venue. Japan Ivory Coast friendly stream channels announced.

It’s the second friendly game for Japan this week, they have recently drawn their previous international fixture with Cameroon with 0-0 goals difference. The head-coach of Japan football team (Hajime Moriyasu) made new changes to his side, called-up defender (Yuto Nagatomo) for the friendly matches.

After this match Japan will play their next fixture in November 2020 with team of Canada. Ivory Coast got busy month ahead they have to play Africa cup of nations qualifiers matches. Wilfried Zaha, Eric Bailly, Gervinho and Jean-Daniel Akpa Akpro key players to watch for Ivory Coast in the match. The details for Japan Ivory Coast friendly stream tv broadcasters based on channels that hold rights International friendlies.

Japan won the match with 1-0 goal score difference on Tuesday, the only goal in the match scored by Ueda in last minutes that help the hosting side earn another friendly match victory.