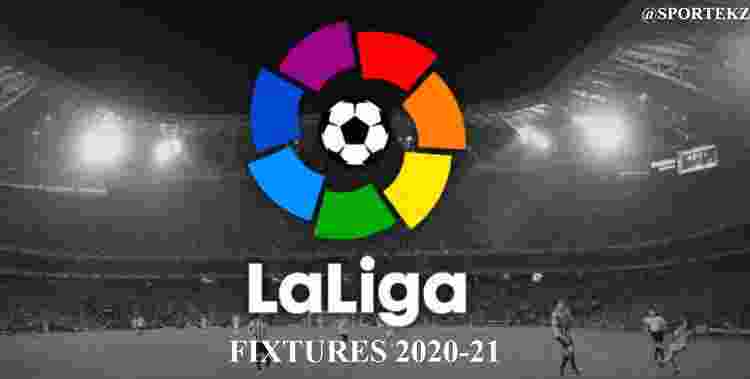 LA Liga season ends and Real Madrid declared as the champions of 2019-20 season. Corona-virus pandemic changed everything for Barcelona and other football clubs. In June 2020, when the league restarted Real Madrid did not give single chance to their opponents and earn as many as points from the remaining fixtures. LA Liga fixtures 2020-21 will be released in the last week of August 2020. Clubs will get few days to make transfer moves before the season in September 2020 began.

It’s confirmed that LA Liga 2020-21 fixtures will be released on 31st August. Once the details of each team announced fixtures and match venues information updated in the given table below for opening week and (September to October 2020) schedule.

Leganés, Real Mallorca, and RCD Espanyol relegate from the Spanish La Liga. In the upcoming season all three teams replaced by (Real Zaragoza, Cadiz CF, and Huesca). The opening weekend of LA Liga season 2020-21 kickoff from (12th September) and on 23rd May 2021 final week fixtures take place before Euro 2020.

The opening weekend of premier league fixtures and la liga fixtures for the upcoming season is same. Once the league fixtures announced the first opening week matches details updated here. Currently no official information about the attendance reported. In France, PSG vs Le Havre match 5,000 football fans allowed to watch the match.