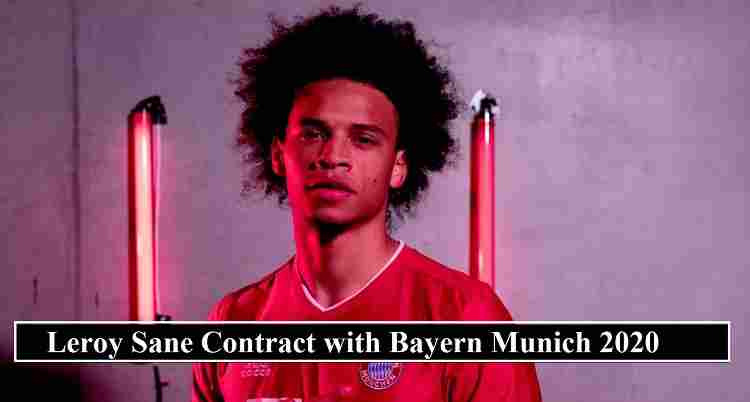 Bayern Munich, looking to fill the gap after Franck Ribéry signed for Italian Serie A side and Arjen Robben considering retirement from professional football. Bayern Munich officially announced the signing of (Leroy Sane) from Manchester City for next five year.

He did not sign the contract extension and Pep Guardiola stated that he is leaving the club this summer. After transfer talks, Leroy Sane contract deal with Bayern Munich confirmed on 1st June 2020 and club paid (€45 million) transfer fees. According to reports, Sane getting £250,000 weekly wage at Manchester City.

The details in the above table related to Leory Sane Bayern Munich contract and transfer fees gathered from trusted sources. If any information related to his salary reported before new season during the transfer period details updated here later.