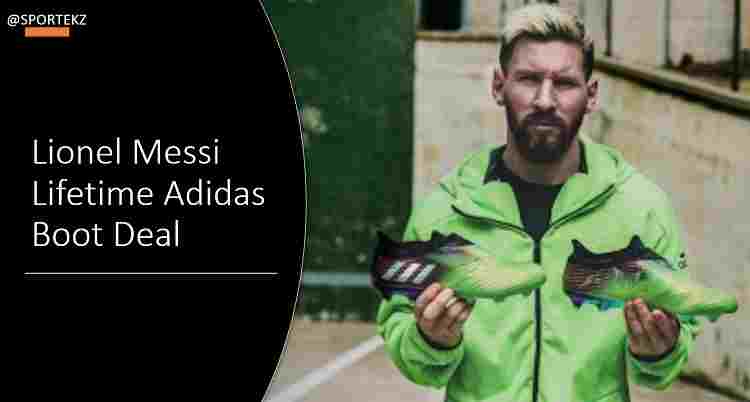 Few weeks ago Lionel Messi joined the Billionaires sports athletes club after Cristiano Ronaldo who is currently playing at Juventus. The Argentina forward among only few players who hold life-time endorsement deal with brand. According to news reports in 2017, Messi signed life-time deal with Adidas, which will bring (£18 million) each year to his account. Lionel Messi Adidas deal reported in 2017.

After signing the extended deal with Adidas, he become the first football player to release sub-brand of adidas boots. The deal, helped him to become the highest paid athlete during the year 2017, 2018 and 2019. He earned (£18 million) each year from Adidas boot deal.

A source reported that, that contract worth (£1 Billion) between Lionel Messi and Adidas. French magazine, in the start of 2020 football season, announced highest paid players in football, according to their data, Lionel Messi earns (€8.5 million) each month at Barcelona.

Neymar (PSG) signed deal in 2020 with (Puma) after leaving (Nike). He will earn £23 million each year with his new deal with Puma that makes him most marketable athlete and lead over (Lionel Messi and Cristiano Ronaldo) in endorsement earnings. Messi playing his last world cup 2022.