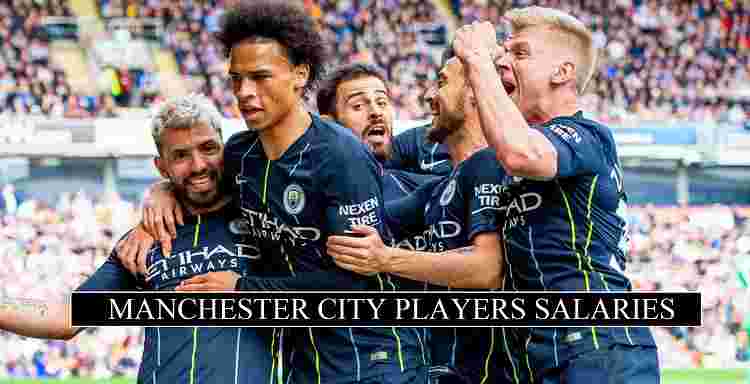 Manchester City finished second in the premier league 2019-20 season behind Liverpool. The 2020, year is not good for all clubs, some clubs ask players to get pay cuts, so staff members and other club officials salaries can be paid. According to reports, some players accepted the offer while some did not agree with (30% to 60%) pay-cuts. Manchester City club wage bill first reported in 2019-20 upto (£260 million). Manchester City players salaries increased, after some players get offer contract extension from the club.

Note : The above Manchester City players salaries before the pay-cuts for new season 2020-21.

Sergio Agüero, Kevin De Bruyne, and Raheem Sterling currently best paid players in the Manchester City squad. Some players might accept 30% to 25% wage cut before next season. This is due to no audience in the home and away games. Currently all matches take place behind the close doors. Many players in premier league not happy with reduction wages. Once the details confirmed players who agreed to pay-cuts information updated here later.

All information based on Manchester City players salaries gathered from top sources. Club currently looking for more players before the season kickoff. The detail updated here once the new player join the club during 2020-21 season.