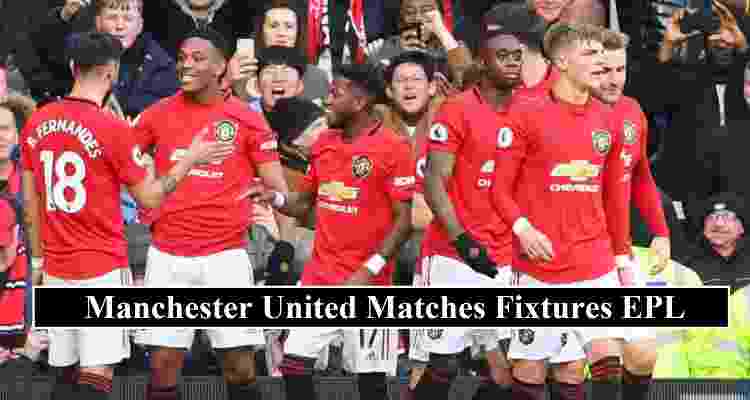 English Premier League season ends in July 2020, Manchester United moved from 7th position on points table to 3rd place in premier league. League resume in the month of June and Manchester United dominate all of their opponents they only lost to Chelsea in FA Cup match. Ole Gunnar Solskjær side reach the last 16 of Europa league where they will play against (LASK Linz). Manchester United fixtures 2020-21 release date announced, football sources reported that all premier league teams matches began 12 September and fixture released three weeks before the opening day.

The club looking to make possible changes before the new season began. They were targeting young Jadon Sancho from Borussia Dortmund. According to reports club looking to pay maximum (£90 million) to Dortmund for 2020 transfer. Moreover no pre-season matches schedule released yet but if any friendly match of Manchester United announced the details, venue, tickets and time of the fixture updated here.

In the above table you can see all Manchester United fixtures 2020-21 for 38 games. The details based on home, away and dates updated once the league fixtures confirmed. FA Cup fixtures details provided here in January after round 3 and round 4 match dates confirmed.