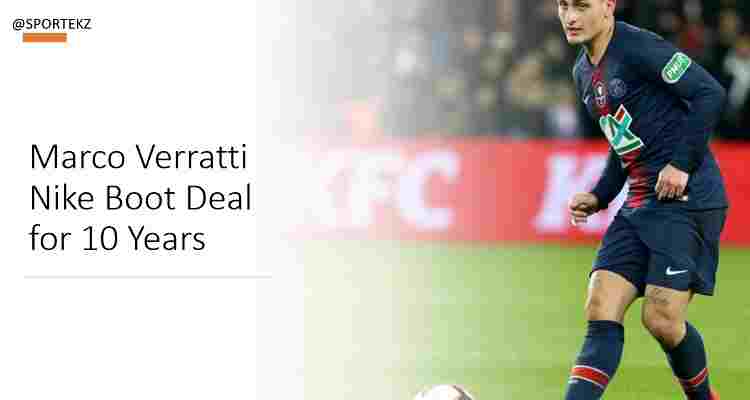 Before this deal, Puma boot supplier for 27 year old midfielder. This expensive boot deal help him to become fourth most paid player in Ligue 1 and third in squad of PSG. He currently earning salary upto (€7.2 million) a year and after getting boot sponsorship deal his earnings increased (€10.5 million) a year in 2017.

Verrati wears Nike Hypervenom Phantom III in the matches. He hold 5 years contract deal with puma from 2011-16. A source reported that he made almost (€10 million) from the Puma boot deal. His deal with Nike for (€30 million) made him most marketable athlete.

The above details regarding to his Marco Verratti boot deal taken from trusted sources. If any changes made to his deal the details updated here later. His PSG team mate Neymar Jr after signing new deal with Puma in 2020, become most marketable athlete with annual earnings upto (£24 million).