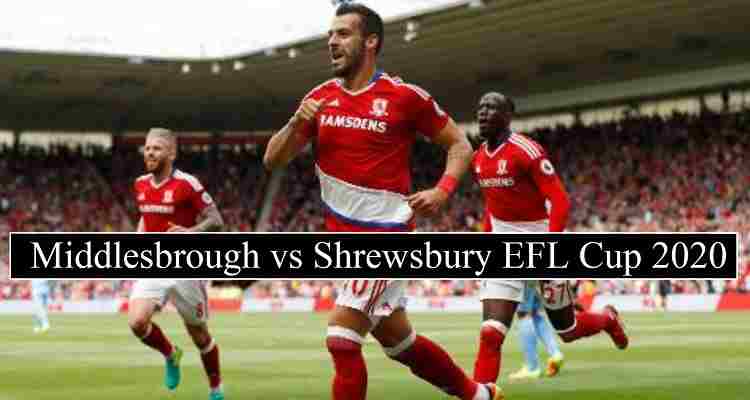 EFL Cup 2020 first round fixtures announced, Middlesbrough will play their match against Shrewsbury. Currently the match played behind close doors without audience. The winner later play in the second round of EFL Cup 2020-21 which will began in the last week of September and first week of October. Middlesbrough Shrewsbury stream channels for the EFL Cup 2020 match confirmed.

Neil Warnock, will go with his best team on 4th September for the match against Shrewsbury. Britt Assombalonga, Marcus Browne, Dejan Stojanović and Nathan Wood top players who will be in the starting line-up for the EFL match on 4th September. The last meeting among these two teams take place in 2012 FA Cup, Middlesbrough won the FA Cup match with 1-0 goal difference.

Shrewsbury finished 15th in the league last season, this is great opportunity for them to earn place in the next round of EFL Cup 2020-21. If they lose their match, in the first round qualification procedure they will earn (£5,000) from the prize money of the tournament. Shaun Whalley, Oliver Norburn, Josh Vela, Ryan Sears players to watch for Shrewsbury Town F.C in the EFL Cup match.

The details regarding Middlesbrough Shrewsbury stream tv coverage based on the channels holding official rights for the (EFL Cup 2020-21). Sky Sports show the coverage of EFL matches in UK and Quest TV show free highlights from the match.