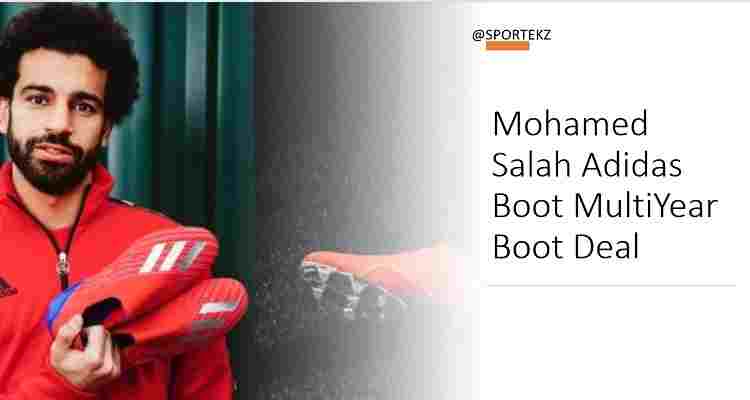 The most improved football player in last two years, Mohamed Salah hold long-term boot contract with Adidas. He wear the (X18) and (X19) boots in premier league, champions league and league cup matches. Beside this, his contract deal with Adidas bring his name among footballers who hold valuable contracts for boots deal. A source reported that, Mohamed Salah boot deal Adidas bring £2.5 million each year to his account.

The same kind of contract hold by PSG player (Marco Verratti) for 10 years long-term deal. Currently no details given how Salah boot deal continue with Adidas. A sports magazine reported that it’s multi-year deal and they have estimated that the deal worth (£40 million).

Mohamed Salah, currently highest paid football player in Liverpool squad according to reports, he make (£13 million) each season including bonus money for scoring goals, involved in goal or team win. After heaving expensive deal of boots with Adidas his earnings increased (£15.5 million) a year.

The above information regarding to Salah contract with Adidas of boots deal collected from trusted sources. In future if he moved to another brand or extend his deal with Adidas details updated later.