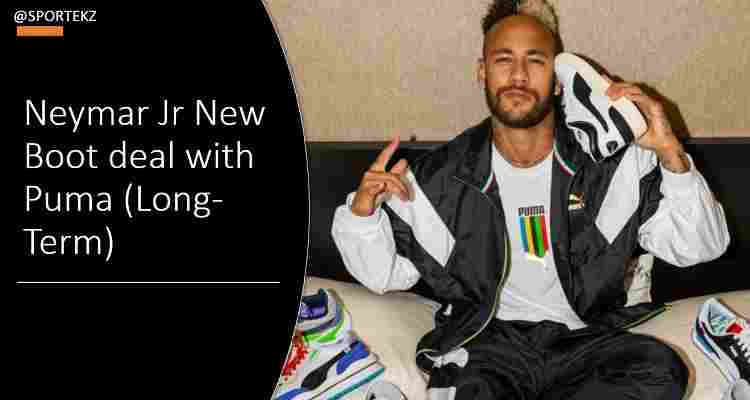 Neymar Jr currently one of the highest paid players in football. He hold most expensive football contract with PSG. His move from Barcelona to PSG breaks all previous transfer record. He signed deal with club, according to which he make (€4 million) every month and yearly salary upto (€40 million) including bonuses. Neymar signed boot deal with Puma on long-term.

A source reported that Neymar will received (£23 million) from his new boot deal with Puma each year. How long the deal run in future it’s not reported yet. This deal makes him highest paid footballer ahead of Lionel Messi and Cristiano Ronaldo.

His previous deal with Nike worth of (£100 million), he signed his first nike deal at the of 13. The contract of Nike boot deal with Neymar ends on 2022. Recently he ended his remain contract with them and signed new long-term deal with (Puma) mostly football players get 10 years deal.

If Neymar future deal with Puma is about 10 years he will make (£230 million). Currently no official information released how long Neymar endorse Puma in future. He is currently playing at PSG and listed as 3rd best paid player in the world after Messi and Ronaldo.