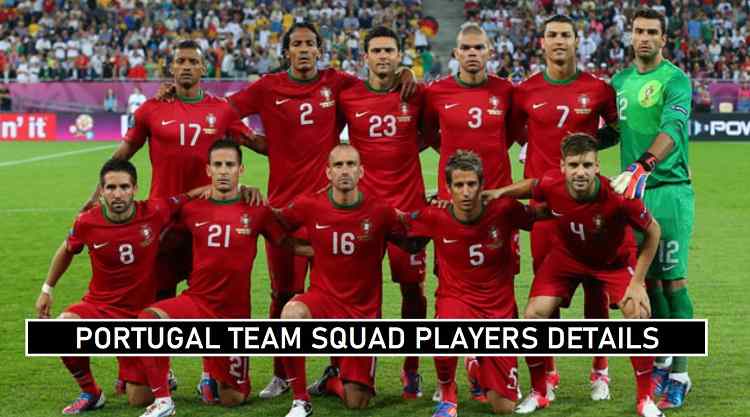 Cristiano Ronaldo key player for the Portugal team. He lead the Portugal team squad as captain once again this year. Éder and Andrea Silva two other major center forwards who can accompany Ronaldo in the Euro 2020 matches. Moutinho João Cancelo, João Rui Patrício and Bernardo Silva top players to watch for Portugal in Euro 2020.

The above details of players based on possible team lineup for Portugal team in Euro 2020. No official update about Portugal official line-up for the Euro 2020 released. Head-coach of Euro and world cup won’t take decision quickly about the players selection due to fear of Injury.

The official announcement of squads updated a month before opening match. There might be major change in the team squad held before the month and during the warm-up matches.

The information of the Portugal squad taken from the sources based on football news sites, blogs and forums. If any changes occurs to the 23 men squad of Portugal updated here later.