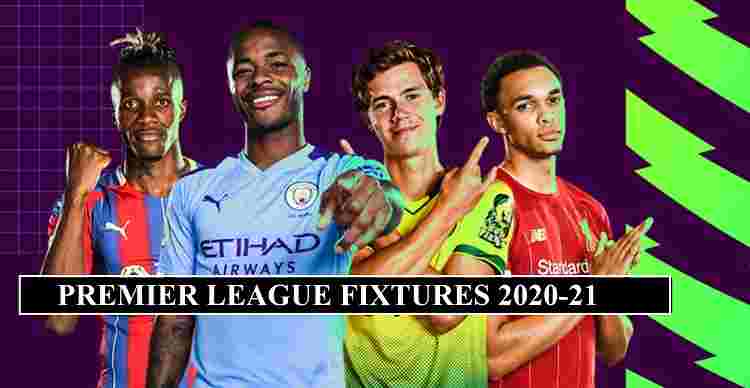 English Premier League season 2019-20 ends, Liverpool crown the champions big lead of points over Manchester City. Liverpool won the title after 1990. Corona-virus pandemic changed every thing for premier league teams and footballs fans. The players, teach coaches gets 70% to 50% pay-cuts from their current salaries. No details released about that how many people can attend the premier league matches from the next season. Premier League fixtures 2020-21 will be released on 21st August 2020.

The date of the new season already announced, after Liverpool become the champions. September 12, 2020 will be the opening day of premier league new season and in May 2021 final fixtures will be played before Euro 2020. Sky Sports and BT Sports provide the live coverage of EPL matches in United Kingdom while some matches will be telecast on Amazon Prime. Pick, is the only channel that broadcast free of cost matches Ireland, UK.

All information regarding to Premier league fixtures 2020-21 gathered from top sources of football. Any changes made to the premier league tv broadcasting for 2020-21 season details updated here alongside fixtures.