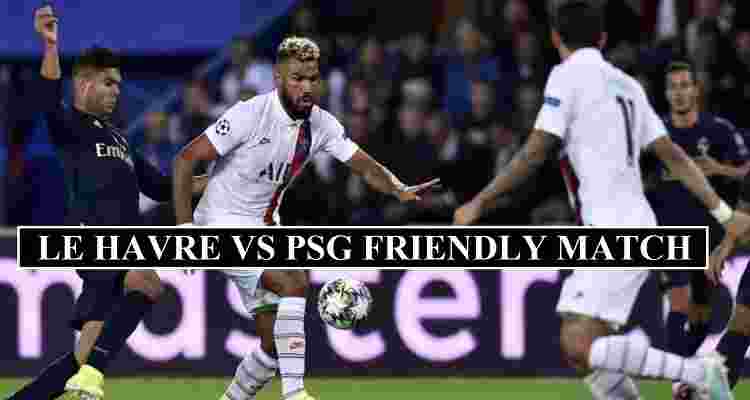 Paris Saint-Germain back in football action. They have recently crowned the champions of Ligue 1 season 2019-20. A friendly match held on this upcoming Sunday on 12th July. This is the first match for PSG after previous champions league fixture with (Borussia Dortmund). PSG Le Havre stream channels confirmed for the Friendly match.

BeIN sports provide the coverage of Paris Saint-Germain in France. In Brazil the match broadcast live on channel (DAZN). PSG return to training just a month ago before French league cup. The cup match schedule on July 24, against (Saint-Etienne). Champions League schedule also re-announced the dates changed of the matches.

Presnel Kimpembe signed new contract with club for next four years. He will stay with club untill 2024. Kylian Mbappé, Marco Verratti, and Layvin Kurzawa key players to watch against (Le Havre). Le Havre finished at 6th on the Ligue 2 points table they will not be an easy side to face.