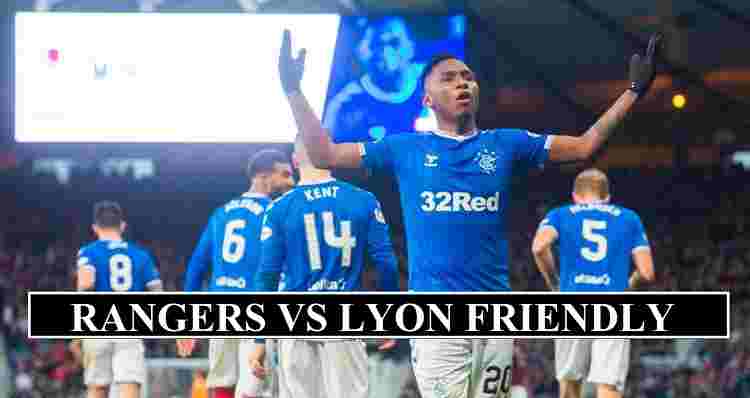 Rangers back in football field since March after season called of due to corona-virus spread. Their first friendly of the season announced against leading French club (Lyon). According to news sources, Rangers later played a trophy series France (Veolia Trophy). Premier Sports sports hold the coverage rights, you can watch Rangers Lyon stream on Premier Sports app.

Jon McLaughlin, Calvin Bassey may be in the starting line-up and will make their debut for Rangers. Ianis Hagi signed new contract and become the regular player for scottish side and will be starting the game. Nikola Katic out of this friendly match due to his injury (ligament injury). Full team details updated here after.

Olympique Lyonnais finished 7th in the French Ligue 1 season 2019-20. The new season will be continue in short period of time during August 2020. Lyon playing their first friendly match of the season against (Rangers). Rudi Garcia hopeful to get good results in the upcoming season. He will put his best side for the friendly match on Thursday.

Thiago Mendes, Memphis Depay, Moussa Dembélé, Rayan Cherki and Camilo key players that will be in the starting line-up of the Lyon. Memphis Depay leading goal scorer for the side, he got abilities and skills to score goals from long range.