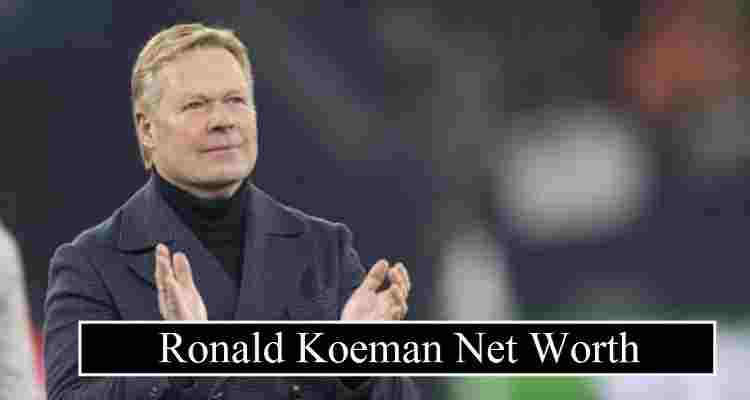 Ronald Koeman, is a retired dutch football player who turned to be manager now days. During his football career, Koeman scored 193 goals in 553 match appearances while playing for top football clubs (Ajax, PSV, Barcelona and Feyenoord). In 1997, he officially retired from professional football and in same year become the assistant Manager of Netherlands team. Ronald Koeman net worth reported (£2 million) in year 2018.

He become best paid manager in Premier league after signing three years contract with Everton. A news sources reported that Koeman will received £6 million base salary regarding to his new contract with English club. He was given the largest budget in Everton history to make transfer upto (£150 million). But his journey in Premier league ends soon with in a year after he got sacked after season 2016-17 of Premier league. He is among the wealthiest football managers in Netherlands.

Ronald Koeman Base Salary (£10 million): After losing job at Everton FC, Koeman signed as professional manager of Netherlands national side. Now after Barcelona, sacked their manager (Quique Setién) after champions league defeat from Bayern Munich, many sources from football reporting that (Ronald Koeman) will be the new manager. The new contract will bring massive increase to Ronald Koeman base salary upto (£9 million – £11 million). He signed two years deal with Barcelona and join highest paid managers in football with (£10 million) year salary. (

Currently (Diego Simeone) Atletico Madrid head coach hold the most expensive manager contract in football. How much Koeman received for winning LA Liga, Champions League, the details will be updated once the official announcement of his Manager job at Barcelona confirmed. 19th August it’s confirmed that Ronald Koeman will be the head-coach Barcelona team until 2022.