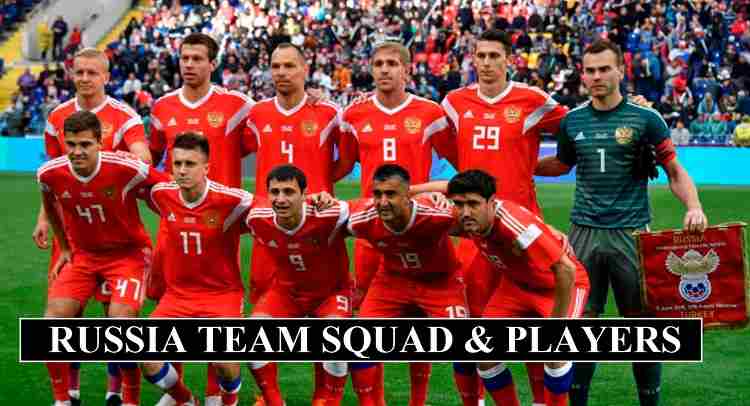 Russia moved to 30th in Fifa ranking after finishing second in their qualifiers group of Euro 2020. Russia dominate in 8 matches out of 10 earn 24 points. Stanislav Cherchesov in 2018, signed extension deal as head coach of Russia after successful winning campaign in World Cup 2018. Cherchesov made changes the Russia team squad for each qualifiers fixture.

In the above table you can see 23 men possible team squad for Russia football team in Euro 2020. The information of all players gathered from trusted sources of football. Once the official squad released of Russia, the listed will be updated.