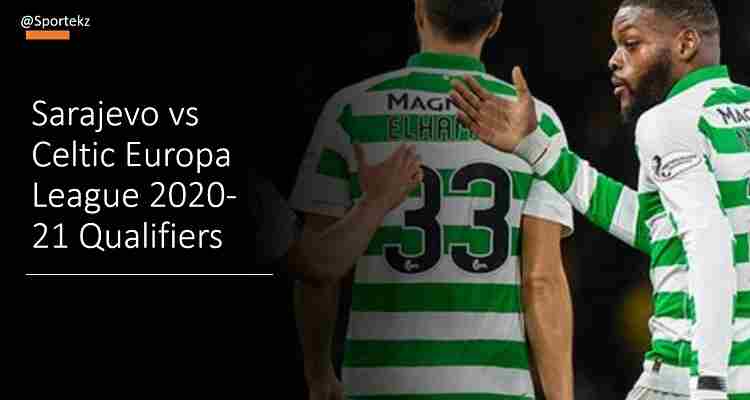 Europa League 2020-21 qualifiers enters to the last stages. This week the team of Celtic play their match against Sarajevo. The Scottish premiership winners of 2019-20 considered faviortes for the match, in league game Celtic manage to win against (Hibernian) with 3 goals that helps Neil Lennon’s to chase Rangers in league title race once again. Sarajevo Celtic stream channels confirmed for the midweek Europa league match.

The club from Bosnia and Herzegovina league shocked big teams in europa league this season. They recently knocked out (Buducnost) from the tournament and confirm their place in the playoff qualifiers round. Vinko Marinović, made changes to the starting line-up before Celtic match.

In 2019, both of these two teams face other in the same competition, Celtic dominate 1st and 2nd leg against them. Scott Brown, Leigh Griffiths, Kristoffer Ajer and Greg Taylor will part of the Celtic starting line-up on this Thursday for match (Sarajevo). The detail information Sarajevo Celtic stream tv broadcasters taken from trusted sources, the given channels in the table hold rights for (Europa League) season 2020-21.