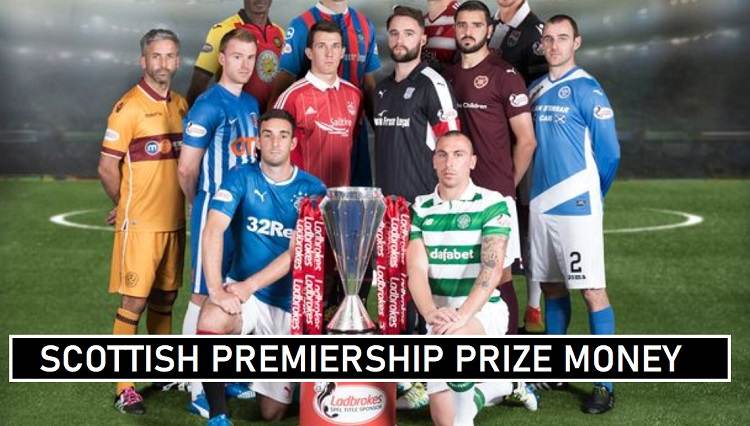 Total 12 teams who get a fixed amount of prize money. Teams who faced relegation in the season earn (£1.12 million) and (£1.18 million). Second place club collect the share of (£2.4 million). No details announced how much tv revenue money paid to the Scottish clubs on base of their performances.

The prize money for the Scottish Premiership hike each season. If the growth increase rate remain. Many new fan’s from worldwide recently start following the top football clubs like (Rangers, Celtic, Aberdeen and Hearts). TV money will be the key-factor in future after SPFL signed new long-term deal with Sky Sports, BBC Scotland, Premier Sports and MG ALBA from 2020.

The prize money table updated before the final week matches of Scottish Premiership. Currently Celtic and Rangers dominating the league more details about the prize money provided here once season over.