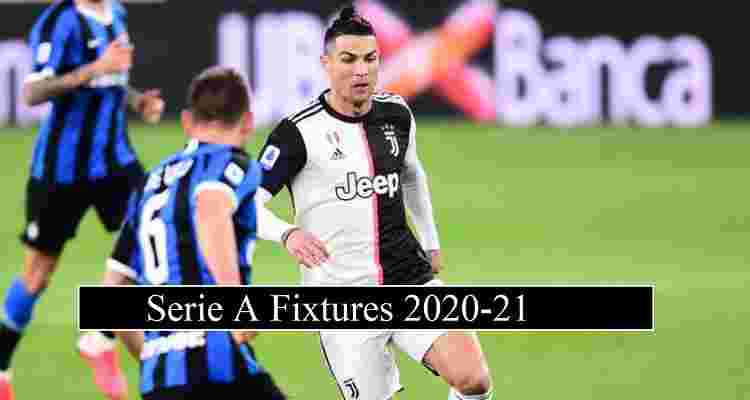 Serie A 2019-20 season ended after four months break due to corona-virus rising cases in Italy. Juventus with 1 point lead crowned the champions, Inter Milan finished second with (82 points) just 1 point less from the league champions. Atlanta, Lazio and Roma retain the top 5 position while AC Milan finished 6th in the league. Serie A fixtures 2020-21 confirmed will be released in the upcoming week according to football sources.

Some football sources reported that premier league fixtures released on 21st August 2020. If the date will be accurate, then Serie A schedule 2020-21 a week after that. Bundesliga fixtures and Ligue 1 fixtures announced in 1st August and mid of the August.

Inter Milan is the only club who reached the final of Europa League. Atalanta and Juvenuts both knockout from champions league 2019-20.