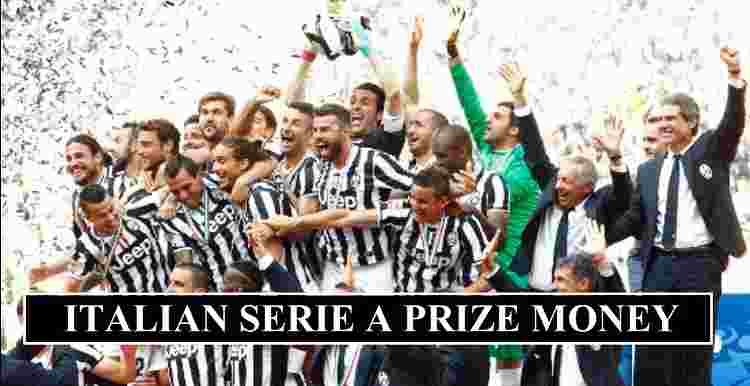 Serie A 2019-20 season resume after three-four months long break due to corona-virus. Corona-virus pandemic effect the teams financial status as well as players salaries. Some teams players agree to have 70% pay-cut during the pandemic 2019-20 season while some team players offered 50% pay-cut for rest of the season. Serie A prize money distributed among clubs, the last report published in year 2015-16 season.

Big clubs, in Serie A received funds based on their matches coverage. TV rights play important role for clubs to generate revenue at the end of each season. In 2016, it was reported that Juventus, Napoli, AS Roma, Lazio, and AC Milan hold the expensive overseas rights. According to reported, data all of these big clubs received overseas rights money upto (€33 million).

All information in the above table gathered from trusted sources. The prize money for teams might be differ, but more accurate data confirmed once the season winners and relegation teams details confirmed.