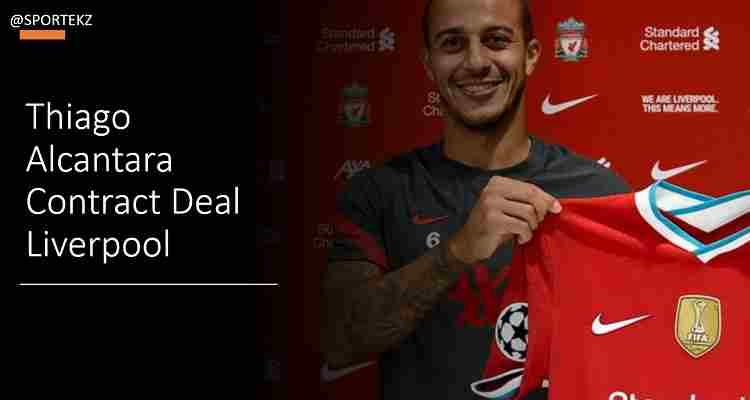 It’s confirmed that Thiago Alcantara moved to Liverpool after signing new four-year contract with club. According to reports, £20 million transfer fees to sign him in 2020 and £5 million extra paid for (add on’s). He is earning (€6.5 million) a year at Bayern Munich and his contract ending in June 2021 as news sources reported. Thiago Alcantara contract deal with Liverpool worth of (£45 million) for four years including player bonus and signing fees.

He will earn (£210k) weekly wage at Liverpool FC after sign 4 years deal with club. His yearly salary increased from (£5.2 million) to (£10 million). He is second top paid player in the squad of Liverpool after Mohamed Salah who hold contract of (£220k) weekly.

Liverpool wage budget increased to £124 million after signing new player during the season. It’s reported that he will wear shirt number (6) in Liverpool which is previously hold by (Dejan Lovren). Thiago recently won champions league with Bayern Munich in 2019-20. He will earn bonus for playing each match, scoring goal and involved in goal.