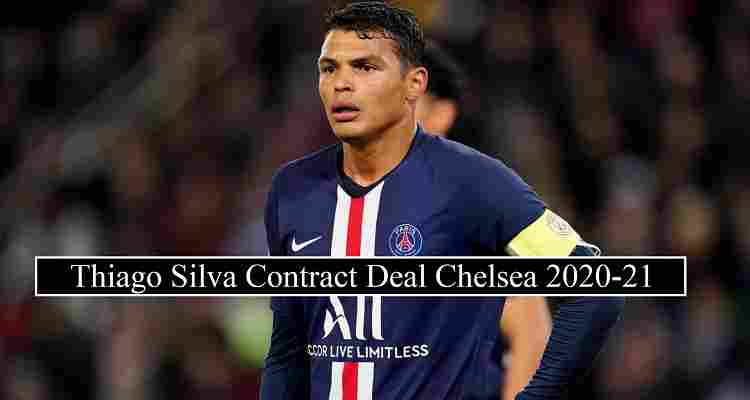 Thiago Silva among best paid footballers in PSG team according to clubs salaries reveal data, Silva make €1 million each month from his contract with PSG and hold annual base guaranteed €16 million deal which ends in 2020. Corona-virus pandemic have massive impact on the players salaries in premier league, LA Liga, and Italian Serie. He at Chelsea have accept a wage-cut.

Silva after signing 1 year deal become third best paid defender alongside Marcos Alonso, César Azpilicueta, and Antonio Rüdiger. The above salary based on Chelsea players first team squad active payroll for 2020-21. Currently no details revealed how much the players accept pay-cuts for the next season.

But as far as football news sources reported 10% will be club asking player to take as of their wage-cut 2020-21. The details regarding Thiago Silva contract deal with Chelsea F.C collected from top football sources.