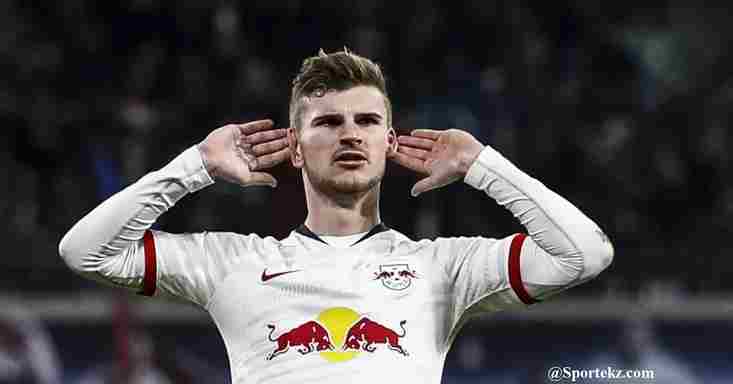 According to reports, Timo Werndr transfer from RB Lepizig to Chelsea completed. The sources, claimed that, £47.5 million paid for German player, by Chelsea FC and Timo Werner contract details confirmed that he stay with club until 2025. He become the best paid player in the Chelsea team squad alongside N’Golo Kanté, Kepa and Antonio Rüdiger. In 2013, Werner made professional debut in football signed for German bundesliga club (VFB Stuttgart).

He played three season at VFB Stuttgart and scored 13 goals in 95 match appearances. Werner rise to fame as professional footballer after joining the team RB Leipzig in year 2016, on record transfer deal of (€10 million). According to reports, Werner make €3.5 million a year at his new club. He signed four year contract deal with RB Leipzig, and scored 76 goals for the club in 125 matches.

on 18th June, the reports confirmed the German player move to Premier league club. The Timo Werner contract details later confirmed by the Club officials, according to sources, he will join the club on 1st July. Currently no information reported how much he will earn as of signing bonus. But his reported base salary will be maximum (£6 million) which might more, if he get paid bonus for winning league games, titles, scoring goals, or involved in team wins. The above information based on Timo Werner salary gathered from trusted sources.