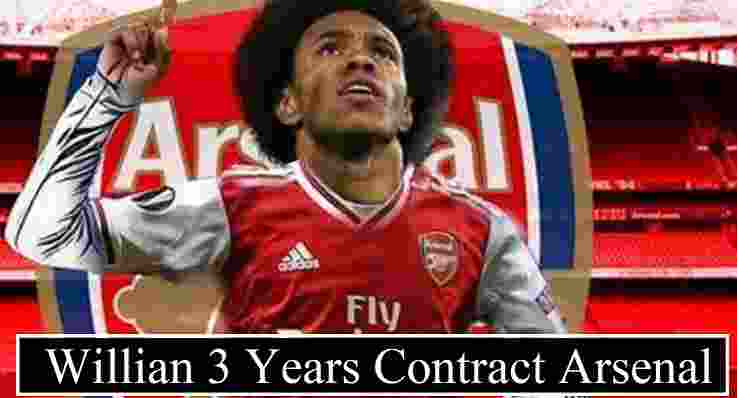 Since the Premier league season ends in 2019-20, Willian linked with transfer rumors to Arsenal. Now on, 14th August it’s confirmed that Willian ex-defensive midfielder of Chelsea signed new deal with Arsenal for three years. According to reports, he moved on free transfer to Arsenal and play for the club until 2023. Willian contract deal with Arsenal worth upto (£21.5 million) including bonus payments.

A reported just after his deal confirmed, revealed that his weekly wage estimated £100,000 that will bring £5 million a year to his account at end of each season. He become the 6th best paid player in Arsenal after Alexandre Lacazette and Sead Kolasinac.

Before moving to Arsenal, Willian earn (£150,000) weekly wage at Chelsea F.C and hold contract that bring (£7.2 million) earnings each year that does not include any bonuses. The current wage at Arsenal F.C made him highest paid defensive midfielder in year 2020.

All information based on Willian contract deal with Arsenal gathered from trusted sources. If any information about his signing bonus or release clause reported that will be updated here later.