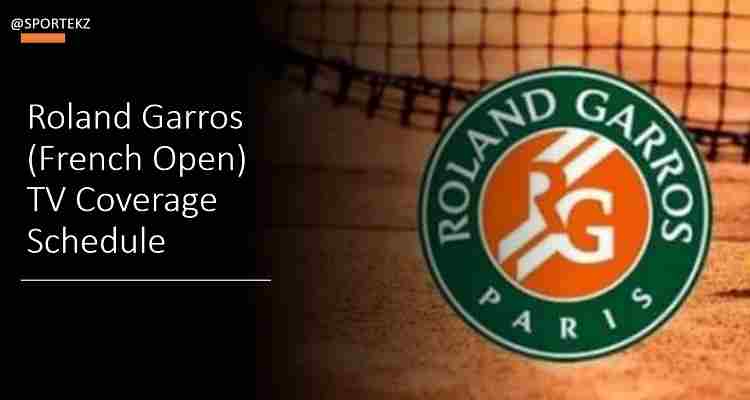 Roland Garros 2020, began on 21st September during this corona-virus pandemic. According to news sources this year all matches played behind the close doors. Recently international broadcasters for grand-slam confirmed. French Open stream channels confirmed that will telecast qualification and complete first round to finals matches.

Rafael Nadal who recently missed (US Open) 2020 due to rising cases of corona-virus will back in action take part in the (French Open). Dominic Thiem the winner of (US Open) confirmed his entry in the event. Novak Djokovic, Daniil Medvedev, Stefanos Tsitsipas, Alexander Zverev, Denis Shapovalov and Stan Wawrinka all will part of this year French Open.

In the above table, French Open stream tv broadcasters details provided based on the channels that hold rights for event until 2020. In France, Roland Garros matches coverage available on channel (France TV and Eurosport). ITV show coverage of the matches in United Kingdom. Tennis Channel and NBC Sports round 1 to finals in United States.

If any changes made to the current Roland Garros tv broadcasters the details will be updated here later. French Open prize money increased compare to (US Open 2020).