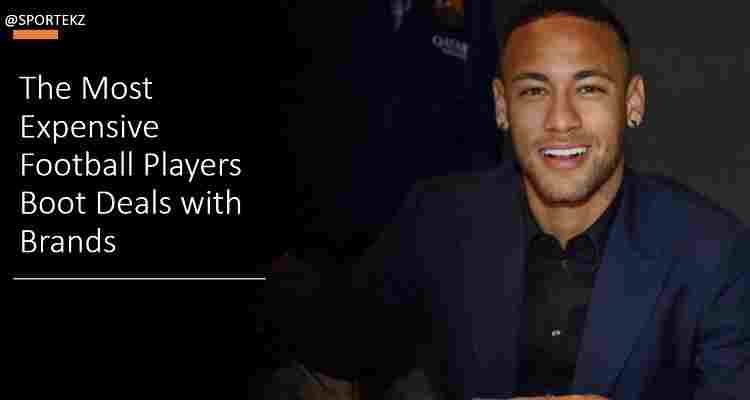 Football players not only hold top money contracts but also get paid when the signed endorsement deals. Before 2020, it’s Lionel Messi and Cristiano Ronaldo who hold expensive footballers boot deals. Neymar recently become best paid in boot deals after heaving new deal with (Puma). According to reports, the deal worth of (£24 million).

A source reported that Neymar hold 11 years boot deal with Nike which worth half of his new deal with (Puma). The reports confirmed that, he make £1.5 million a year with Nike boot deal. Currently no information reported how many years deal Neymar signed.

The above details based on the expensive footballers boot deals collected from trusted. Some football players long-term deals ended and did not renew with same brand. While some brand approach footballers a year before their contract ending and give them most lucarative deal of their careers. Currently Lionel Messi contract deal is valuable based on (life-time).